The much-anticipated premier of the 1976 remake of Sparkle hits theaters today.  The film centers on three teenage sisters who form a singing group and face the effects of fame while rising to the top. The movie stars Jordin Sparks, Derek Luke, Tika Sumpter and the late, great Whitney Houston.

I spoke with actress Brely Evans who plays Tune Ann which is Sparkle’s (Jordin Sparks) best friend. Listen in as we discuss Evans’ role in the film, her favorite memory about being on set, and the advice Whitney Houston gave her. Evans is also the Spokesperson for Jenny Craig so she opens up about the benefits of the program.

Catch Brely at Sparkle for a Cause: 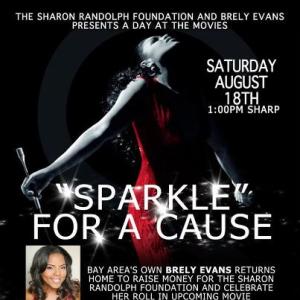 Tune in to the conversation.