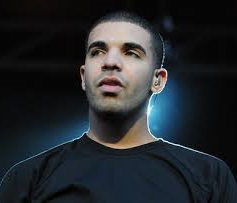 Sunday Dish: Bringing you the tastiest dish from the week.

Lil Wayne is coming out with a tell-all book and he said that Drake admitted to sleeping with one of his girlfriend’s while he was in jail! Wayne said, “This is the type of s*** that a man never wants to find out when he’s locked up. Or, maybe so, cause only God knows what I would have done if I wasn’t locked up right now…and not because it was Drake, it could have been any man. It would’ve hurt the same.” Weezy says he was so depressed that he didn’t come out of his cell for days!

Russell Simmons is bringing hip-hop to the Great White Way. He’s producing a new Broadway musical on the early days of hip-hop titled The Scenario. I want to see this!

So that was quick! Did you watch the season finale of Empire?? Malik Yoba’s character Vernon Turner was killed off and here’s what he had to say. “People don’t even know who Vernon was.” Sure didn’t. It always looked like his character was hiding something, but I guess we will never know.

Ok, Suge Knight is doing the most. He fell out after the judge set his bail at $25 million!  He can afford that, right??? Where’s that Death Row money, Suge?  But, Suge’s attorney says he hasn’t had his diabetes medicine in a few days so that could be the reason for the fall out. First he’s half blind, now he’s falling out.  I mean, I hope he’s okay?…

Black Girls Rock! We sure do! Well the show is back and will have performances by Ciara, Fantasia and Jill Scott. The annual event honors women of color in the fields of entertainment, philanthropy, sports and community service. Other performers include Faith Evans and Erykah Badu, who will be honored with the Rock Star Award. The show will air on BET April 5 at 9PM ET.