Nobody Does It Better- Nate Dogg 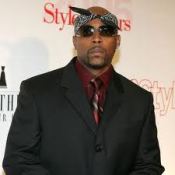 I honestly believe my spirit is connected to music! I woke up this morning with “Nobodyyyy, does it betteeeer” playing in my head. I didn’t know why. Last night I hung out with the young lady that I mentor so I thought ok, “No one is a better mentor???” …I was really confused until I turned on the radio and heard Nate Dogg songs and remembered today marks the one year anniversary of his death. I can’t believe it’s been a year already! He was 41.

Nate Dogg died in 2011 in Long Beach, California; the cause of the death was from complications of multiple strokes. Everyone, especially on the West Coast will always remember the contributions Nate Dogg made to hip hop. Although he may not be with us physically, his music continues to live on.

Nobody Does it better than Nate Dogg…

Feel free to leave your thoughts. What’s your favorite song by Nate Dogg??