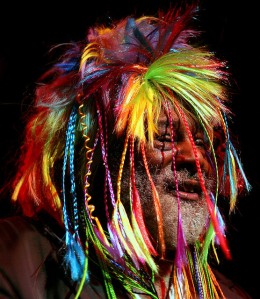 Little known fact, Atomic Dog is my favorite song of all time! There’s something about this song! I know, I’m old school. I don’t know if I’m hypnotized by all of the funky sounds in the beat, the catchy hook, the dog hissing, or all of the above.

The track was released in 1982 from George Clinton’s album, Computer Games. Since then, the song has been sampled on numerous rap records and is still in rotation on Urban radio. Oh, and try turning on the song around a “Q-Dog,” a.k.a. a member of Omega Psi Phi Fraternity, and watch what happens. They go crazy!

George Clinton and the P-Funk All Stars are still performing at shows and rocking this classic that you can listen to below!

Here are a few photos of me with George Clinton

Me and George Clinton

Me and George Clinton